In the 1980s, the ‘Vietnamese boat people‘ were a news phenomenon. People fleeing Vietnam in rickety boats, at great expense, littered the South China Sea in such numbers that the UNHCR made provision that refugees rescued by ordinary cargo ships had to be given refuge at the next port of call until such time as the UNHCR arranged permanent asylum in another country. The South China Sea is one of the world’s busiest shipping lanes with hundreds of ships heading for Hong Kong (at that time, China’s main entreport). Hong Kong ran the risk of being swamped with refugees but also had to manage local political expectations as Chinese illegal immigrants (known as i-is, or eye-eyes) were routinely sent back north of the border when trying to seek freedom or join their families in Hong Kong.

The UNHCR made an obligation (to Hong Kong officials) that every effort would be made to expedite the processing and onward movement of the boat people if Hong Kong could accommodate them in the interim. In the peak year of 1989, over 80,000 refugees arrived in Hong Kong. The maximum number of refugees detained in camps was over 20,000.

Almost 20 years after the flow of refugees started, Hong Kong began forcible repatriation of the boat people back to Vietnam. Some had arrived as children and got married and had children of their own inside what were known as detention centres.

I came across my first detention centre unexpectedly in 1992, while out on a hike in Sai Kung Country Park. Never having seen a real concentration camp outside of a film or a book, I was completely taken aback. This was (at the time) a British colony; hidden away, far from the tourists and the average Honkonger, the British had constructed a concentration camp to house the Vietnamese. Years later, I found out that there were many such camps dotted around remote parts of the New Territories and outlying islands.

Here are a few of my own photos of the camps that I came across in my Hong Kong years.

The focus of my photograph was actually the ‘street furniture’ in the foreground for a road-widening project, the Vietnamese camp is in the background. 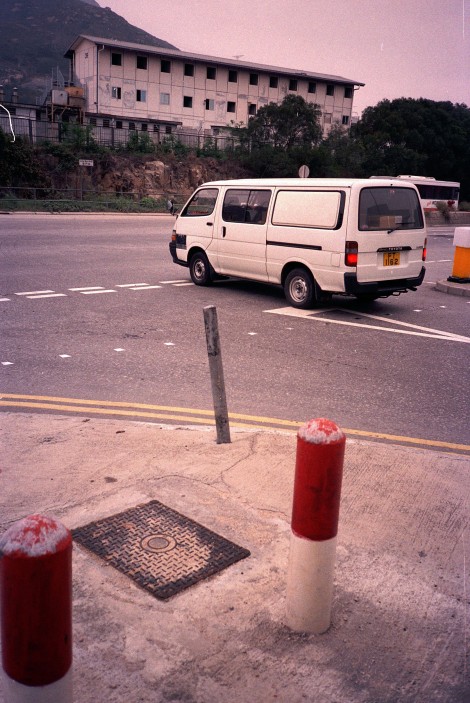 The Whitehead detention centre was originally a remote location, but was there so long that the new city of Ma On Shan grew up around it. When I left Hong Kong, it was being re-developed as an upmarket housing and leisure facility

From the top of Ma On Shan (the horse’s saddle), Whitehead detention centre peeps out from behind the saddle into Tolo Harbour

Pivoting through about 140 deg. to the right atop Ma On Shan, we find:

Situated at the base of the High Island dam wall, this was the first detention centre I saw in Hong Kong. 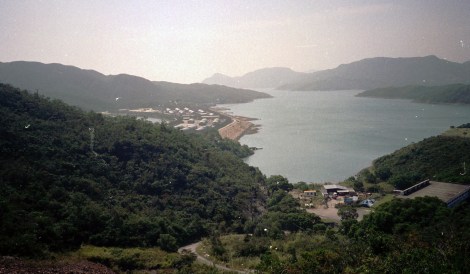 While working on a HK Government survey vessel, I photographed the Green Island refugee reception centre