When Yuen Long Bypass was constructed to ease traffic congestion from road haulage via Lok Ma Chau crossing, the designers used the only tools available to them: a ruler and pair of compasses. If there was a hill or a village on the alignment, it was squished or severed, with no subtlety. 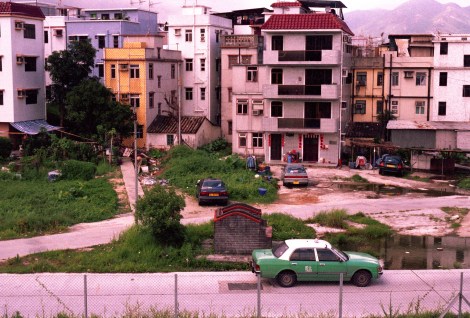 Perhaps the deal for this village (photographed from the bypass embankment) was that they could ignore the three-storey planning rules concerning new territories houses. 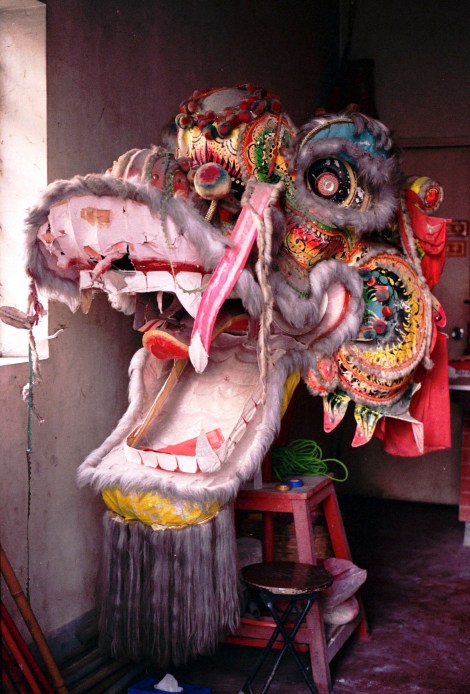 This Sha Pei wanders the narrow lanes of his domain.

The shrine (with bat motif) and new village gate 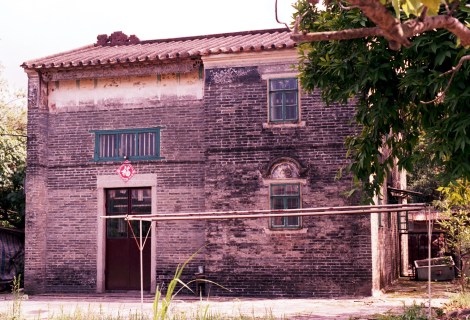 Unheralded, cut-off by the bypass and the new floodway and overshadowed by the railway; this row of houses near Tung Shing Lei should be the heritage showpiece of the northwest new territories

Each house in the terrace has its own courtyard 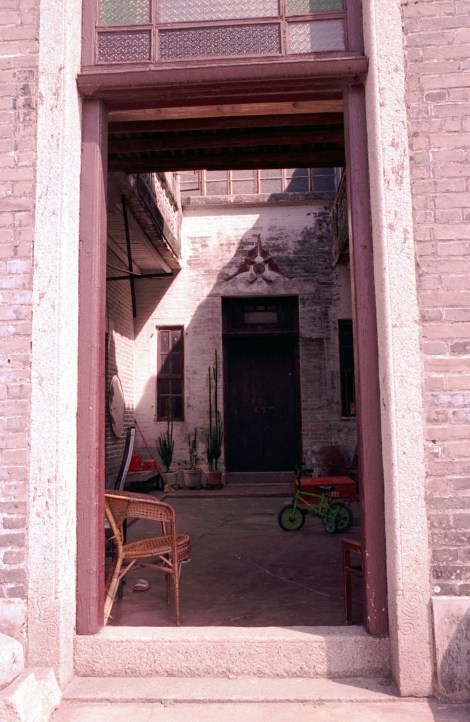 Over the inner door, there’s a flower relief

The date over the door is 1928. Sad to see these houses falling into delapidation.

[caption id="attachment_563" align="aligncenter" width="300" caption="Yeung Uk Tsuen (just south of Yuen Long Hospital) had extensive water lily ponds which provided a habitat unique on this scale in HK. Unfortunately, their value was overlooked and went unmitigated when the bypass floodway was built here."]

The temple at Yeung Uk Tsuen 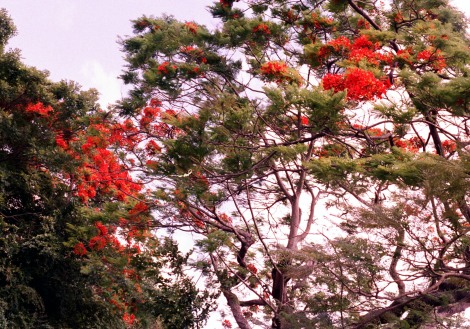 Flame of the Forest (Delonix regia) is an exotic species imported from Africa. It’s a spectacular sight in bloom 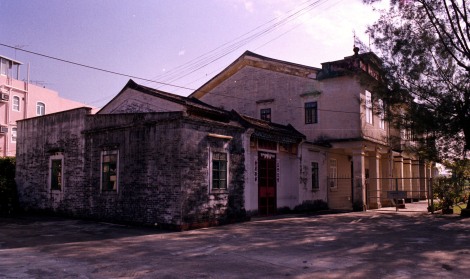 One of the unfortunate consequences of the broad disinterest in recent history is the lack of information on some important looking buildings. 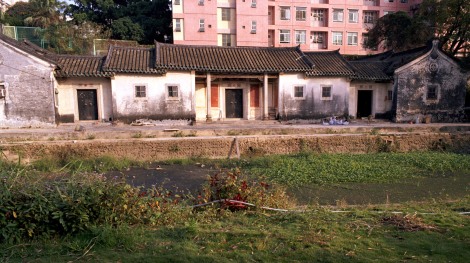 2 responses to “Yuen Long – beyond the highway”